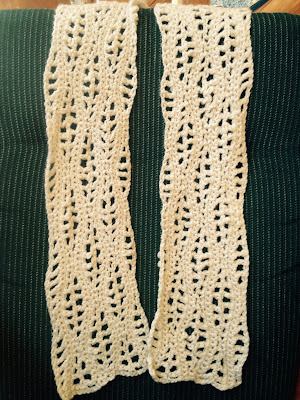 This wave scarf originally started its life as an afghan, however the pattern wasn't a super-enjoyable one for me.  *shrug*  The pattern was found in my "The Complete book of Crochet Stitches - Schapper", number 493. 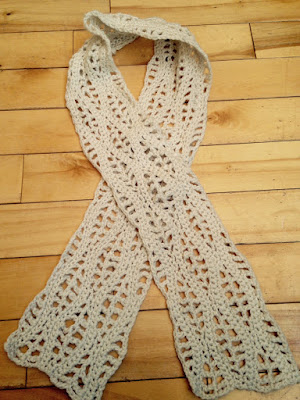 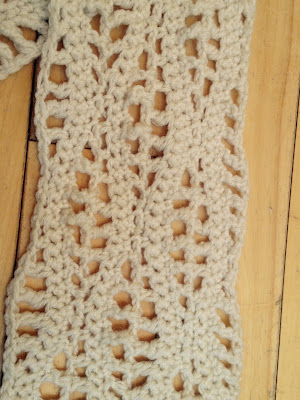 I find the pattern kinda cool; almost resembling a DNA-strand ;)
Another pattern attempted, however it will be placed on the "probably-won't-do-again" shelf ;) 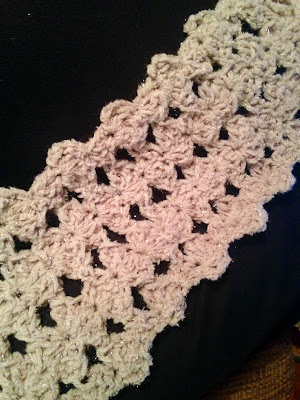 THIS pattern [Shelly Scarf], however, is working up quickly, specially using Moda Dea Cheerio yarn.  It's so soft and enjoyable to work with!!!  A little tinsel sparkle is present throughout as well, resulting in a fun, lil' decorative scarf (once finished).

Most of Wisconsin received snow over the past 12 hours; school is on a two-hour delay this morning.  Hence, time to update the blog, all the while enjoying a relaxing cup of coffee ;)
Happy Wednesday!
Posted by Amy at 7:12 AM 2 comments: