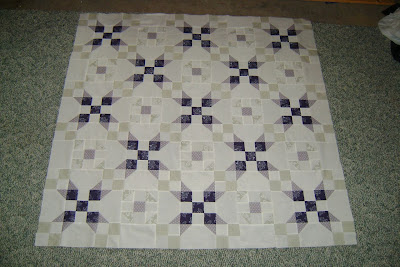 Frost 25 (67"x67")
Despite making a mistake with clue #4's blocks, the colors were light enough that the blocks fit without causing a hiccup in the layout. As usual, I will be adding some form of border(s) to this quilt; it's just a wee bit too small for my taste; besides, a final "frame" is always most pleasing to my eye. 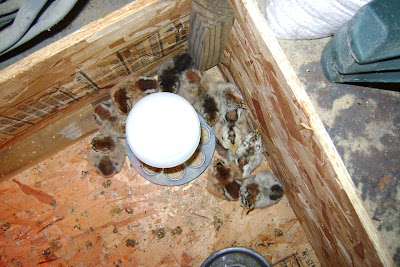 Eleven is the final count out of the 24 eggs that were incubated. They all huddled together when Cass and I lifted the fenced cover to snap some pictures. At first glance, they all look identical, but there are differences.... 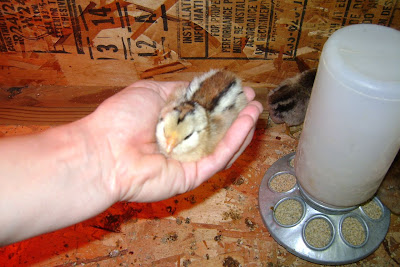 Meet CHIP, my claimed favorite. She's (He?) the lightest of all the chicks although there is another that is also quite light (that one was named SPECK since s/he has a speckled head). Can you guess why this lil' guy is called CHIP? That could be a chipmunk in my hand for all we knew :0) 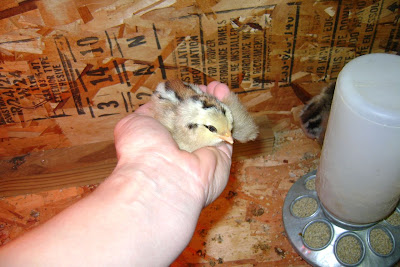 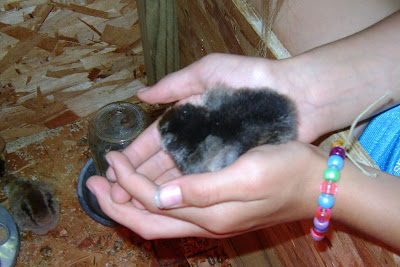 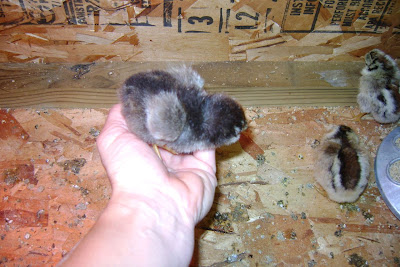 If you look at the two chicks pictured in the background, you'll see CHIP (more center) and SPECK (along the edge).

Painting Cassie's room is on the agenda today, but I'm allowing her to set the schedule. She knows her room needs to be cleared before we can start, so we'll see what time that may be :0)

Despite your little mistake, Frost is beautiful. It all works out and only you and anyone you tell will know of the error.

Frost looks wonderful!!! I love how it is turning out!!

Frost 25 looks great...the subtleness of the color is great and goes with the name! The chicks are SO cute!