Around 10:30 PM, I told Paul I was heading downstairs.  He took a double-take and asked me what I had said.... LOL
Nothing too ambitious planned for that time of night;  just some putzing and cleaning up.  I had loads of twosies sitting next to the machine that had been pieced and stored in my 1.5" scrap box, so I pieced them into 4-patches----maybe destined for Linda's block-help I posted on a few weeks back?/.... 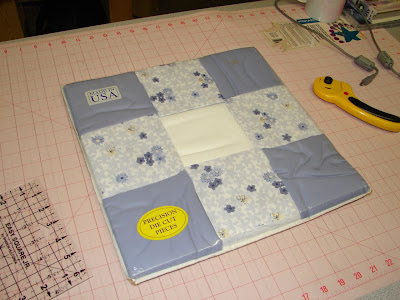 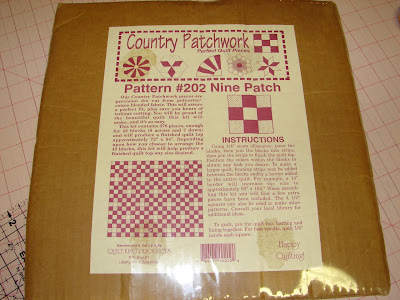 The back calls for a simple 9-patch, but....eh!  Kinda boring?  My plan (someday?) will probably be to turn it into a Disappearing 9-patch :) 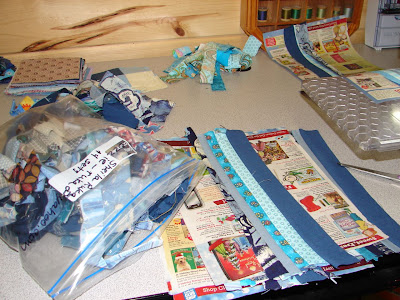 Later today----"handwork" in the form of paper removal.
Happy Sunday.

Girl, you've got it bad! I've been creating too, could it be the demands that will be put upon us in the next few weeks, and knowing how hard it will be to catch any creative sewing time...yep!
:-}pokey

So funny that we were both up and into the night sewing away. Jamestown Landing is next on my list too. I finally have the book in and know how many of everything to make. Love the border. Get it all in while you can -- it is so much easier to sew without work pulling you away.

Good for you! Enjoy it, you'll be starting back soon and too tired to do this too often. Have fun!

Way to be productive! I love those strings!